Last monday, I had the privilege of helping to plan and implement a social media strategy for a conference on Diversity in Theatre and Live Art, called The D Word, hosted and planned by nitroBEAT.Â (the hashtag was #TheDWord on Twitter if you want to have a dig through the archive, and nitroBEAT’s twitter account is worth a look/follow too – @nitrobeatuk) 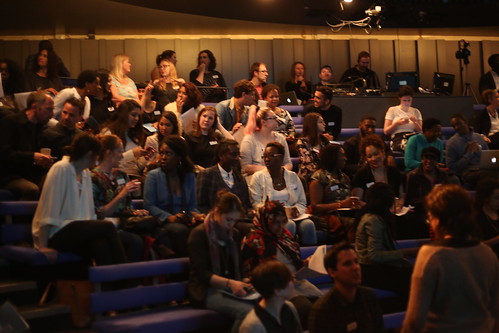 Itâ€™s an area of discussion in the arts that is fraught with potential pitfalls – and for the event itself, carried the risk of not getting the people who most need to be in the room in the room, missing the tone of the discussion the audience WANT to have in the choosing of the talks, leaving people feeling talked at not with… It also was designed to build on – but not be constrained or engulfed by – the ongoing discussion around the deeply controversial work Exhibit B, that was canceled at the Barbican late last year after protests. Â So what role social media in that setting?

The D Word was planned as a series of 6 â€˜Ted-style talksâ€™, of about 15 minutes each, with breakout discussions to explore the ideas further, broken up by coffee times and lunch. So we had a number of distinct areas where social mediaâ€™s role and impact had to be considered.

Our initial plan – from a brilliant idea devised by my co-consultant Annette Mees – was to have â€˜officialâ€™ responders to each of the talks. They would be people chosen in conjunction with the speakers to narrate, summarise and ask questions based on the talk, via Twitter. Itâ€™s a really wonderful idea, distinct from the usual task of journalistically documenting, or the wider richness of everyone throwing their ideas in via the hashtag (both of which we had, and both of which were of huge benefit to the event) – it forms a kind of dialogue with the ideas expressed, the ideas sit in the middle, and two different people get to explore them in different media, simultaneously. As it happened, I think I underestimated the amount of planning it would require to implement that properly, but itâ€™s a fabulous idea and Iâ€™ll use it again… if you nick it, credit Annette, OK? 🙂 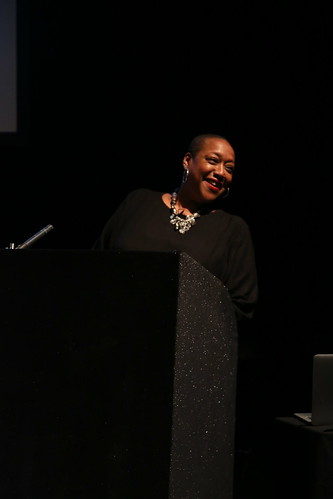 So, during the main talks, I and my team (Terry Tyldesley and George Luke) summarised the main points of the talks, and some of the broad reactions in the room. We chose to retweet other peopleâ€™s comments and documentation as much as possible, in order to broaden out the range of commentators that were seen and heard via Nitrobeatâ€™s account (the main gathering point for Twitter, alongside the hashtag). George and I also used our own accounts to join the commentary, to be part of that group journey towards asking better questions…

However, the role of social media around the discussions was more tricky – we wanted the discussions, more than anything, to be a safe space for people to talk freely about their experiences, concerns, agreement and disagreement. To do so in a way where no-one felt like they were being â€˜watchedâ€™, and therefor felt the need to edit their thoughts. So our approach was to document the ideas from the people who gave the talks as they expanded on it, and then represent the broad themes coming from the audience, in non-identifiable ways. In a couple of instances, the commenters in the sessions I was in had themselves been part of the Twitter commentary, so it felt like an act of agency to allow them to choose which of their ideas ended up as part of the Twitter record… they didnâ€™t need my technical assistance to get their voice out there, so the choice to say what they said and where they said it was left with them… As a result there was some really useful dissension that wasn’t part of the Twitter output. At the end of the event I invited everyone to post longer reflections on the day. I hope those wise and considered differences of opinion are expressed in that way, because they really helped move the discussion forward in useful ways, and illuminated much of the complexity and nuance that has to be front and centre in any discussion of diversity, and by extension, identity.

Then, in the breaks, we were able to talk with the delegates about their experience of the day, collect stories and opinions, as audio, and put those out as part of the general conversation. Iâ€™m deeply grateful to Terry and George for their work doing that. (see #TheDWord on Audioboom for those.)

The joy of a hashtag is that it democratises the volume of everyoneâ€™s voice – your tweets appear in the stream at the time you post them. Say the same thing over and over again, and people will tune you out. Make a valuable contribution, and people will engage. No-one can censor your voice, and many different perspectives can sit alongside one another. I think that happened here, and I think for the most part, it was done in a way that was really productive, and represented the richness and complexity of peopleâ€™s perspectives on the issue – what the problem is and what the possible ways forward are – very well. Iâ€™m proud of the number of the tweets that we sent both on the Nitrobeat account and our own that were retweeted by people seeking to get those ideas out further – itâ€™s a validation of our intention to accurately reflect what was happening in the room. We were also able to bring comments from Twitter into the discussions – I summarised a few general themes that had been expressed, and brought them as questions to the discussions, and then we were able to use Storify to gather all the tweets together around each talk, that best showed the quotes from the talks that really hit home.

All in, it was a real privilege to be a part of The D Word, and to be able to help amplify both the event and the voices around it – voices of agreement and voices of dissent, voices of encouragement and voices of caution. Itâ€™s not the only event that can or will happen around Diversity, and the suite of talks were curated with a vision of the model of forward-looking discussion that Diane at Nitrobeat saw as the best route. For what itâ€™s worth, I think she got it pretty much spot on. I learned so much, was challenged by some of the talks, had questions about a LOT of them, and in many cases had those questions answered. The openness of the speakers to have their ideas questioned, challenged, to be requested to clarify points and explore the potential consequences of their recommendations, was so much to their credit and to the atmosphere that the organisers created.